Missing the winning dunk: "The Apartment" by T.C. Boyle

In the chapter on story form, plot and structure, the widely influential Writing Fiction: A Guide to Narrative Craft by Janet Burroway, et. al. spends a healthy amount of time on the importance of conflict. It describes several meanings of conflict, from Kazan's "two dogs fighting over a bone" to Mel McKee's "a story is war" to the gentler reading of conflict as a struggle for connection.

However you understand conflict, one easy way to engage a reader is to get into the conflict quickly. "Raptor" by Charles Holdefer comes to mind. The first sentence tells us what the story's conflict is going to be about: "Cody was the only one to see the raptor descend." Two paragraphs later, we have the full conflict: "With a swoop the raptor grabbed Ronny and the baby chair and then began to arc upward, pumping its wings furiously."

"The Apartment" by T.C. Boyle teases the conflict before taking a little time for the set-up, which goes like this: Monsieur R. is a generally happy man, but he's feeling a little crowded in his 1960s Arles, France apartment with wife and his teenage daughters, who play American rock-and-roll records he finds insipid. He decides to make an offer to Madame C., the octogenarian neighbor with the bigger home. In France, there is a custom known as en viager. I'm not going to pretend I know much about it, because I had to look it up when it showed up in the story. Essentially, someone offers an allowance to a home owner for the duration of the home owner's life. When the owner dies, the house goes to the person who paid the allowance. If the owner has the courtesy to die at a reasonable age, the buyer usually gets the home at a good price. But it's a gamble; the owner might always live a long, long time.

Just that fast, we're into the conflict

Madame C. takes Monsieur R. up on his offer, and we're off to the races. It's an especially juicy conflict, because Monsieur R. won't come right out and say what it is what he wants, which is for Madame C. to hurry up and die so he can take the house. Madame C., however, is strangely energized by the deal. Unbeknownst to Monsieur R., she's been languishing, and probably wouldn't have lived much longer had the help from the en viager allowance not come to help her out. Monsieur R. denies he wants Madame C. to die, but Madame C. faces the clash in desires straightforwardly: "You're betting I'll die--and sooner rather than later." When Monsieur R. denies it again, she leans into the conflict: "I'm throwing the dice too." Her fondest memory from younger life is betting at a casino her deceased husband, and she's never lost the zest for gambling.

Two flavors make the soup of the conflict especially delicious. One is how Monsieur R. refuses to acknowledge it as conflict, which forces the clash of wills underground, where it gathers energy as space closes in around it, pushing the atoms in tighter. Second is how the relationship mirrors so many economic relationships in life. A lot of life involves betting. Insurance is betting. Capitalism's advocates might claim that it is not a zero-sum game, but there is always at least some truth to the notion that for one person to succeed, someone else has to fail. As Madame C. keeps living a long life, she realizes that "the chances of reaching that threshold were one in seven million, which meant that for her to be alive still, 6,999,999 had died, which was kind of a holocaust in itself."

But the conflict fizzles

Everything is in place for the unspoken but very real clash of interests to explode, but instead, it just sort of sputters and dies. Part of the problem is that the story is based on real-life. Jeanne Calment died at 122, the oldest woman ever, having outlived the man who tried to buy her house en viager. (Or did she?) The story twice lapses into self-reflection in which it calls itself a "comedy" of some sort. And that is, probably, the way to view the real-life story. It's like something from O.Henry, where irony takes up most of the terrain. Themes of best laid plans come to the fore, and maybe there's an element of Monsieur R. getting his just desserts for his greed. As Madame C. deadpans, "He made his bet; now he has to lie in it." (I'm not sure how this pun would have worked in the presumable original French.)

The problem is that this isn't really a natural way for the story that's on the page to end. It's too pat, too tongue-in-cheek. The story that's there flirts for a while with Monsieur R. being tempted into trying to hasten Madame C.'s death, but then he simply retreats behind a facade of being "civilized," and so the conflict that wants to bubble over just cools into a tasteless mass. For a story that flirted with ripping the mask off the way many economic relationships cause people to actively root for others to fail, to end with a wink and the honk of a clown's horn isn't clever irony, it's a cheat and a disappointment.

Writing Fiction tells us that "Only trouble is interesting. This is not so in life. Life offers periods of comfortable communication, peaceful pleasure, and productive work, all of which are extremely interesting to those involved. But passages about such times by themselves make for dull reading; they can be used as lulls in an otherwise tense situation, as a resolution, even as a hint that something awful is about to happen. They cannot be used as a whole plot."

The same chapter also reminds us what Michael Shaara said about conflict, that it has to be a power struggle between equal forces. Madame C., though, simply overpowers Monsieur R. Well before the end, it's apparent she's going to win, and the tension breaks.

By sticking to the real-life story and ignoring what could have been a better story if it had stuck to the fictional logic established in the first few acts, "The Apartment" was a firecracker that fizzled out in disappointment.

Other takes on the story: Karen Carlson at A Just Recompense (who didn't quite find it satisfying, either). 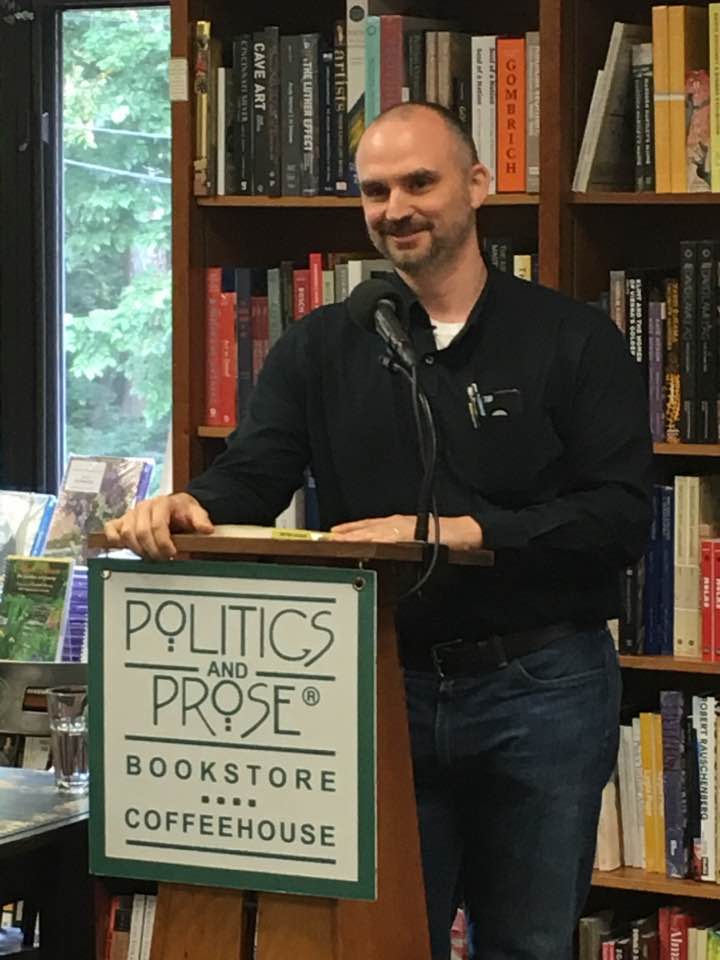